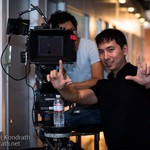 Kung also directed the award-winning documentary, SPEW: The Competitive World of High School Debate as well as promotional videos for the development campaigns of the Victory Fund and the University of Virginia. A dual director and UPM member of the Directors Guild of America, he produced Ernest Borgnine’s last movie, The Man Who Shook The Hand of Vicente Fernández, and co-chairs the DGA Asian American Committee.

Previously, Kung worked as the assistant to Matthew Weiner on Mad Men. His first job upon graduating from the CAA mailroom was working as a development executive for Academy Award-winning producer Edward Saxon (Adaptation, Silence of the Lambs). Kung is currently the writer’s assistant on the upcoming Netflix series Dear White People and a director in the Disney ABC Directing Program.

Kung honed his craft at the University of Southern California School of Cinematic Arts, where he was awarded the Multicultural Motion Picture Association Scholarship for incorporating Asian American perspectives into his filmmaking and the Lily Tomlin Performing Arts Scholarship for using film to advance LGBT rights. In addition to his M.F.A. from USC, Kung holds a B.A. with High Distinction in Foreign Affairs from the University of Virginia. 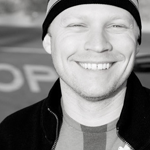 Justin is the former Director of Development & Production for Academy Award-winning producer Edward Saxon (The Silence of the Lambs). He helped Mr. Saxon produce two major motion pictures, Away We Go (2009) at Focus Features, directed by Sam Mendes, and Our Family Wedding (2010) at Fox Searchlight, starring Forest Whitaker and America Ferrera.

A graduate of the Peter Stark Producing Program at USCʼs School of Cinematic Arts (M.F.A.), Justinʼs thesis project, That Evening Sun (2009) was made into a critically acclaimed $2M feature film. Justin earned a Master of Divinity (M.Div.) from Fuller Theological Seminary, and is a graduate of Wheaton College (B.A.) in Illinois. 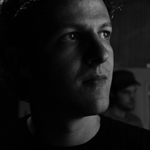 JON MICHAEL KONDRATH | PRODUCER
Jon Michael Kondrath has been working in the film and television business for ten years. While attending USC, Jon worked at the award-winning television station, Trojan Vision, as the General Manager for two years where he directed and produced over a hundred hours of television programming. During his tenure at Trojan Vision the station received two Telly awards, was proclaimed as the best college television station by SPIN Magazine, and became the go-to production hub for on-campus video production, as well as outside clients such as ESPN, Fox College Sports, the Childrenʼs Hospital, and the National Academy of Television Arts and Sciences.

In 2009, after gaining experience working on productions for Fox, Paramount, and Game Show Network, Jon created his own production company, ReKon Productions. Jon and ReKon have produced dozens of music videos, short films, commercials and web series in the past three years. He has produced projects for clients such as HP, Coca-Cola, and Electronic Arts. Narrative projects have been selected to festivals all over world including Cannes, Nashville, Manhattan, Boston, Beverly Hills, and Asterfest (in Macedonia). 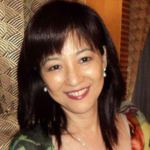 PAT TSAO 曹平霞 | EXECUTIVE PRODUCER
Pat Tsao is the retired founder, CEO, and President of INTECS International, Inc. Following the receipt of her Bachelor’s Degree of Science from Fu-Jen University in Taiwan in 1975, Ms. Tsao immigrated to the United States where she earned her master’s degree at Old Dominion University (from which she would later receive the Distinguished Alumni Award in 2002.) Tsao completed her education at Dartmouth in 1995, at the Advanced Minority Business Executive Program. She has awards from both the Chinese government and Taiwan Industry Association, in the form of the Overseas Chinese Young Entrepreneur Award (1995) and the title of Woman Executive of the Year (1998), respectively. Currently Ms. Pat serves as Auditor of Taipei Fu-Jen Catholic University Alumni Association and advisor to National Association of Small & Medium Enterprises, ROC. She is the Chairperson of QTIP International Incorporation focusing on company core competency development, global branding, and executive coaching. As a producer of film and television projects, Ms. Tsao works to bring leadership, content, and financing to the intersection of the American and Chinese film industries. 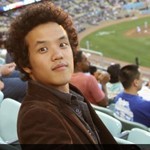 ROBERT LAM 林芳遠 | CINEMATOGRAPHER
Robert Lam graduated from USC in 2005 with acclaim, after having his thesis cinematography submission: a music video titled “I Don’t Know” admitted into the South by Southwest Film Festival. After graduating, he continued to hone his craft photographing short films under the graces of the Panavision New Filmmaker Program with many young directors. He has since gone on to shoot music videos for Interscope and Warner Music Group.

Most recently he lensed the feature film “Jamesy Boy” on location in Baltimore, with Mary Louise-Parker, James Woods, and Ving Rhames, also shot on Alexa. 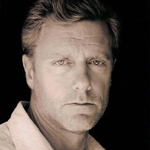 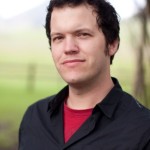 CHRIS WITT | EDITOR
Chris Witt is a film editor residing in Los Angeles, California. His work has been acclaimed worldwide including Kavi (2009), a 2010 Academy Award nominee and The Butterfly Circus (2009), an Internet sensation and the recipient of the 2010 Clint Eastwood Filmmaker Award.

In late 2004, Meg and Sunny reunited and opened the door to Morman Boling Casting. Credits include the award winning films NATURAL SELECTION (starring Rachael Harris, Matt O’Leary and Jon Gries), DEAR LEMON LIMA (starring Melissa Leo, Beth Grant, Elaine Hendrix, Meaghan Jette Martin and Vanessa Marano), MAGIC VALLEY (starring Scott Glenn, Kyle Gallner, Alison Elliott, Brad William Henke, Johnny Lewis and Will Estes), and MISSISSIPPI DAMNED (starring Malcolm Goodwin, Tessa Thompson, DB Woodside and Malcolm David Kelley). Meg and Sunny also cast the hugely successful feature WAITRESS (starring Keri Russell, Nathan Fillion, Jeremy Sisto, Cheryl Hines and Andy Griffith), which premiered at the 2007 Sundance Film Festival. In addition, STEAL ME and ME & YOU & EVERYONE WE KNOW, were both official selections of the 2005 Sundance Film Festival; ME & YOU & EVERYONE WE KNOW also went on to win the Special Jury Prize for Originality of Vision as well as the Golden Camera Award at Cannes.
THE TRACK TEAM | COMPOSERS
The Track Team is an Emmy Award-winning music and sound design production company in Los Angeles, California, co-founded by Jeremy Zuckerman and Benjamin Wynn. Since 2004, the Track Team has been a purveyor of artistically and technologically innovative audio in the realms of television, film, commercials and video games.

Zuckerman and Wynn were the force behind the music and sound for all three seasons of Nickelodeon’s hit TV show, Avatar: the Last Airbender, which won a prestigious 2008 Peabody Award. The Track Team’s other credits include Kung Fu Panda: Legends of Awesomeness and the Avatar spin-off, The Legend of Korra.

Zuckerman and Wynn first crossed paths at the California Institute of the Arts (CalArts), where they recall quickly forging a friendship based on “mutual geekiness.” Their education and experiences there helped form the foward-thinking philosophy they employ in their work today. What began almost a decade ago as a series of sonic experiments on a couple of laptops in a college hallway, has given way to a professional collaboration resulting in unique, compelling audio.